Interview: Will Putney (Northlane, Stray From the Path, For Today, etc.)

Will Putney has become one of the most in-demand producers in heavy music, but his sound is far from the cookie-cutter style flooding the genre today. With a portfolio of records growing at a pace that seems impossible, we were lucky to catch up with Will and get an inside look at how he delivers the sound that more and more heavy bands are coveting.

Are you working with Machine much these days, or are you more or less running your own show?
We haven’t worked on a project together in a few years actually. We always help each other out, bounce mixes or ideas off each other, etc but we’ve become independent entities. Love the guy though, he’s moving to Texas and I’m taking over our spot. I’m gonna miss him.

“I remember being scared at metal and hardcore shows. I don’t feel that intensity, that real aggression much anymore.”

What would you say are the top 2 or 3 most important things you learned from Machine when you were starting out?
Machine is a real record producer. He’s passionate, he has a big picture vision for everything he takes on, and he’s meticulous in creating unique sound design and identity for bands. He’s always thinking outside the box when he approaches a record. I’m certain I’ve witnessed recording techniques where I can say, no one else has thought of this before. He gave me that spark and I owe him a career for it.

When I was in school I learned what things were, this is a compressor it compresses, etc.  Machine taught me how to use the tools to make things sound cool. I learned more watching him for a few weeks then my entire education provided.
Seems like every other week I’m hearing about another record you’ve done. How are you pumping out so much work? How long does a typical LP take you from start to finish?
Yeah we’ve been smashing through records lately. Every record that I produce is typically a four week tracking cycle, a few days of prep, and about a week of mixing. I have an engineer Randy Leboeuf who’s coming up as quite the producer on his own. It’s allowed me to take a less hands on role on some projects that we really wanted to do but normally would have had to pass with time/budget constraints. It’s not uncommon for multiple projects to be going on at once at the studio. Long long hours but it seems to be working out great for us and the artists.

So you’re juggling multiple projects at once?
There’s hasn’t been a day in the past five years where I didn’t have some kind of overlapping project. I think it’s just the nature of the business now. Everyone’s on a tight recording schedule, tour schedule, etc and there’s always a delay or last minute time change that makes preventing the overlap almost impossible. I’m just used to it now.

When you’re working this much, there’s got to be some part of the process that you get sick of. For me, it’s guitar tracking and all the tuning & playing headaches. What is it for you?
I think there’s a level on monotony in all of the recording processes, but I’ve learned to live with it. It hurts less when you like the bands you’re  working with.

What’s your take on the state of mainstream metal / hardcore production with such prevalent use of samples, heavy editing and programmed instruments?
I hate it. Not to sound like some elitist but it’s seriously all the same band copying whatever’s popular. I’m probably guilty of it too to some extent, all the bands and producers have become products of this environment. There are the standouts too don’t get me wrong. Dillinger takes risks, Gojira takes risks, Converge takes risks. Letlive takes risks. Mainstream heavy music has become a smaller model of the pop world, it’s lost it’s edge a bit. I remember being scared at metal and hardcore shows. I don’t feel that intensity, that real aggression much anymore.

And the technology has given anyone a tool to make albums now. It’s sterilized a lot of music. In the box overly edited sampled records. Because it’s easy to get access to those samples and presets, it’s become a popular sound that kids have accepted as “pro”. And the labels support this because it makes records cheaper to make. Sometimes I feel like the production bar has been lowered.

Yeah, I like that your records don’t sound the same as all of the other heavy records out there with the same drum sounds, same guitar tones, all the same. What are you doing differently and how do you try and make each record unique when you’re working on so much?
Every record is a new setup. New drums, heads, trying new mixing techniques, new amps, new arrangement approaches, new mic pres, new mix tricks, etc. The more you experiment the more you can improve. I haven’t made the perfect record yet, no need to just copy myself.

You need to tailor productions to fit the band you’re working with. There’s no one size fits all in heavy music. Every band needs their own identity. You have to help them achieve that or what’s the point?

You manage to get a sound that’s polished and professional, but with just enough edge and rawness to keep it interesting. Is that conscious or just how your taste works out?
It’s probably a little of both.  I came up on less polished sounding heavy records where you could tell a good band and a bad band apart. I like giving records that raw energy. I feel it makes them more exciting.

How important is outboard gear in your workflow?
It’s a pretty crucial part of my style. I’ve been building up a nice pile of analog gear and it really does make a difference. I track through lots of transformer pres. Chandlers, Vintechs, Auroras, etc. I love the saturation bump you get. We call it the sausage.

Mixing is where I think it really comes into play for me. I mix out 32 tracks into lots of various outboard gear. The way I treat my summing stages and parallel compression chains definitely adds a lot of the character that I’m not quite sure I’d get in the computer alone.

What’s your approach with guitar tracking & reamping?
It always depends on the project. Normally we commit while we track guitars.  For the right band, there’s definitely an advantage to playing through the final sound. For the techy stuff, or if there’s a room or time constraint I’ll reamp, but even then I’ve acquired a Kemper to get it as close to a live amp feel as possible.

Do you like to blend multiple amps & cabs for a single tone? If so, how do you deal with phase issues?
I love doing this. It’s always a plus for me. We’ve spent lots of time experimenting with mic placement and the phase relationships of different blends to get this great feel for how different amps can EQ each other. If you solo any given amp in the chain it may not even sound good in its own. It’s a really nerd fun part of the sound design.

Same approach for bass or no?
Bass is always the wild card. This year alone on any given record I’ve used multiple amps blended, just a DI with a plugin, a printed DI with Sansamp or Dark Glass, and completely fake midi bass. Sometimes I use all of em. Sometimes it’s really simple. I think the player, tuning, and style really affect the best path for bass.

I love the power of your drums through small speakers. What monitors are you mixing on?
I do a majority of my mixing on NS10’s. If it’s good on them, it’s good anywhere.

What’s helping you get that dense, punchy sound? Is it a result of the parallel compression, saturation, and outboard you talked about earlier?
Oh yeah all of the above. Parallel compression, distortion, lots of pumpy analog stuff going on in the mix. There are at least 10-12 analog compressors doing their thing on every mix.

Most metal kick sounds are all sub and top end click, but yours always sound really thick and fuller in the midrange. What frequencies are you pushing there? It’s never boomy or boxy.
I’m big on that chesty bump you get from the SSL EQs. I try my best to really manipulate and control the sub in the mix so it’s there but not eating everything and you’re just left with the toughness of the drum. Lots of gating tricks and playing with the decays of the drum so that its hitting as much as it can be but not overblown.

What are some of your most used plugins?
I like the Sonalksis stuff. Just been using it forever and I dial things up so fast. Also the Sony Oxford EQ, Decapitator is a fun one, the Logic overdrive and silver comp get worked. Some Waves stuff. Pretty standard really. I’ve been slowly working away from overdoing it with the plugins.

What converters/interface are you using to get into and out of Logic?
Motu 2408s and 24 i/o’s. 2 are modded with some upgraded components.  Not the most pro thing in the world, it’s just so functional. I’ve got 40+ins and outs wired in my room alone plus a drum room, 3 overdub rooms, etc. and I haven’t taken the plunge for a more expensive A/D yet. It’s like a new car’s worth of converters over here to replace em [laughs]. I’ve always argued that A/D’s are the least bang for your buck.  I’ve workhorsed these for years with no problem.   I’ll probably move to the [Apogee] Symphony stuff once the Thunderbolt technology becomes more common and affordable.

Got any loudness tips?
Haha no. Make it quieter. Can we all just agree to turn it down like 2dB and every record would sound better…

What producers & mixers are you looking up to these days?
Now I look at the big dogs. Howard Benson, Eric Valentine, the guys who have been doing it forever and haven’t lost the creative drive. I love being impressed by the older guys.  You can tell who’s over it and who’s still got the fire.   It’s something to aspire to.

What would you tell someone who’s trying to break into the metal production world? How can they climb the ladder?
Get a really good coffee pot. Make sure your significant other understands what this career entails. Curb any addictions that slow you down. Try to maintain some level of exercise or activity outside of the studio so you don’t die in the chair. And try to make every record the best record you’ve done. If your name’s on it, it better be sick. Go to shows and learn the bands, the scene, what connects, why things are relevant, etc. No one will hand this job to you, it’s yours to take. ◊ 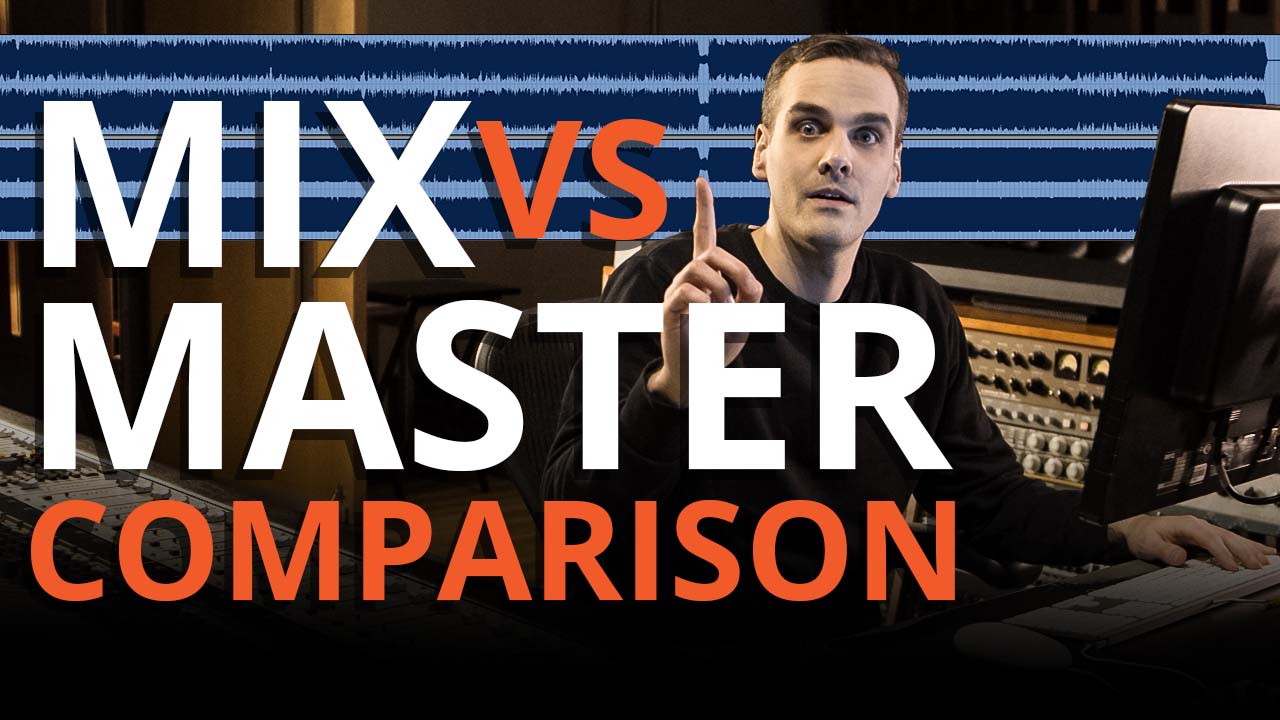 My mixes before and after mastering 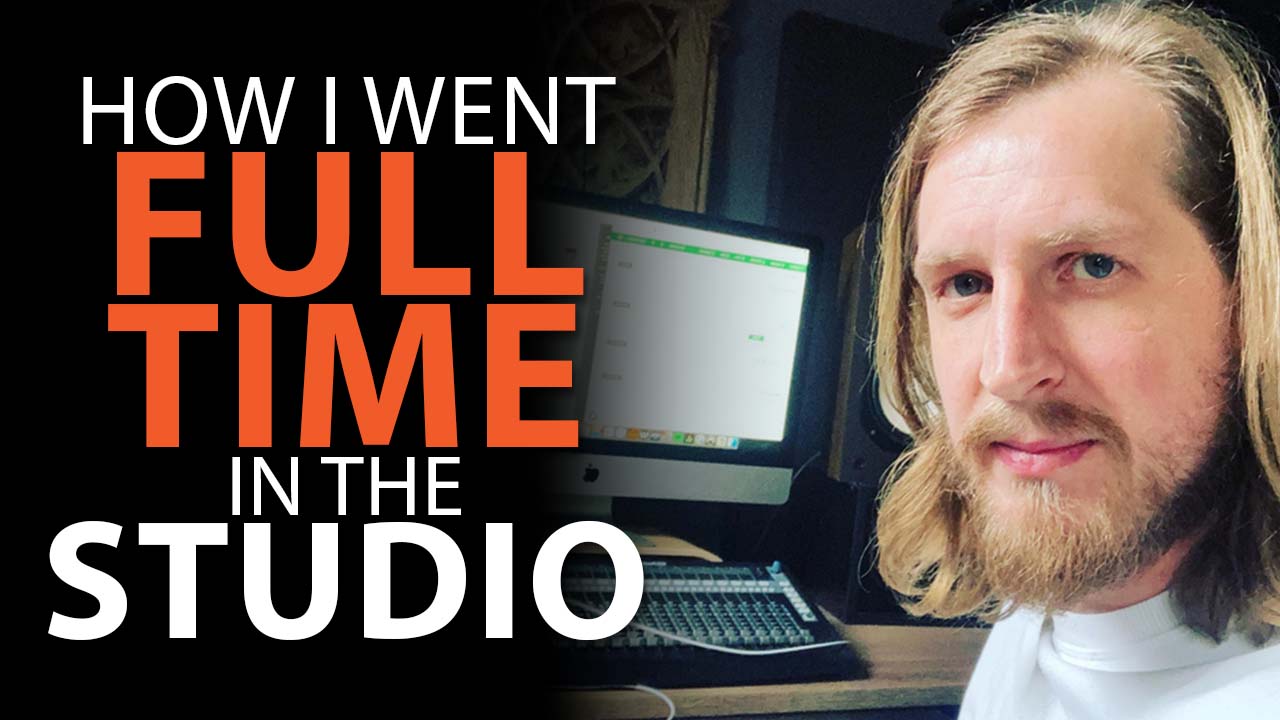 From House Painter to Full-Time Producer

If you aspire to work full-time as an audio engineer/producer, but aren’t sure how to get there, this one’s for you. In this video, I […]
Continue readingFrom House Painter to Full-Time Producer